How likely are you to have a baby after one, two or three IVF cycles? 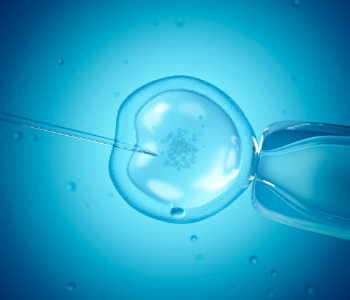 If you’re thinking of starting IVF, or you’re already going through it, you may be wondering how many cycles it might take to have a baby.

New data compiled for VARTA sheds some light on this. Research tracking thousands of women who started IVF in Victoria in 2016 and 2017 shows how many had a baby after one, two and three stimulated cycles. A stimulated IVF cycle means a cycle where eggs are collected and all of the embryos created from that cycle, including fresh and frozen embryos, are transferred one by one.

The research, conducted by the University of New South Wales National Perinatal Epidemiology and Statistics Unit, followed these women for a minimum of three years and a maximum of four years to see what happened to them.

The results show most people who go through IVF, regardless of their age, do not have a baby after one cycle. The data also demonstrates that the younger you are when you start IVF, the more likely you are to have a baby.

As you can see in the graph below, 48 per cent of women who were aged 30-31 when they started treatment had a baby after one stimulated cycle. This increased to 61 per cent after two cycles and 67 per cent after three cycles. This measurement is known as the ‘cumulative live birth rate’. 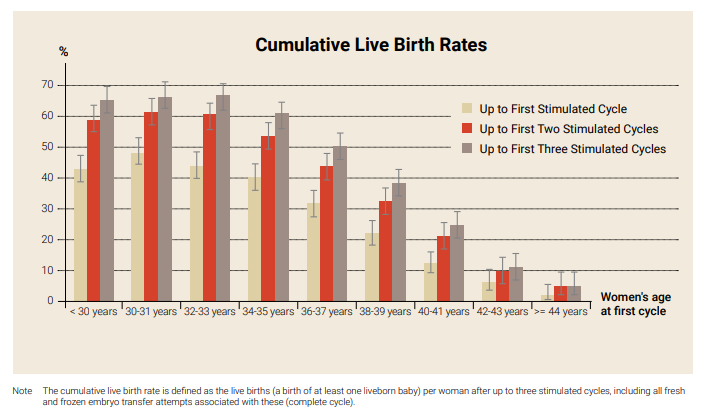 While the goal for everyone who starts IVF is to have a baby, preferably on the first attempt, this research can help people have more realistic expectations of what is possible with IVF. Knowing that most people need more than one stimulated cycle for a reasonable chance of success and that IVF births after the age of 40 are rare can be helpful when deciding how long to try for.

You can see a full breakdown of the data for women according to their age at the beginning of treatment below:

It is important to note that this data produces averages only, and while age is a key factor in a woman’s chance of success with IVF, other factors contribute as well. Also, if a woman in her 40s uses eggs donated by a younger woman, she has the same chance as a woman the age of the donor.

It is also possible that some women in this study fell pregnant naturally and had a baby. These births are not counted in this dataset because they were not due to IVF.

You can read more about this data in VARTA’s annual report.