Fertility over 40: a struggle against the tide 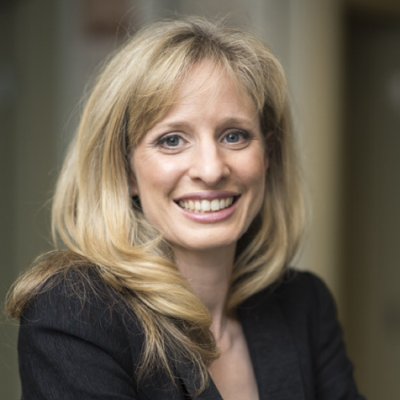 VARTA's 'Understanding IVF success rates' brochure gives you an overview of how to interpret clinics’ success rate figures| factors that influence the chance of success| and important questions to ask your doctor.

ABC's Four Corner's program on 30 May started a conversation that we have to have. Having your first baby after the age of 35 is not what nature intended. IVF technology is no silver bullet against female age related infertility.

But I see lots of older mothers out there...

Some women in their 40's will achieve natural fertility, and because more women are delaying conception until later in life - this concept has been artificially normalised. It is important to note that IVF clinics do not service the most fertile among us but the least.

80% of couples who will conceive naturally do so within six months of trying and 90% by 12 months. Couples who seek help with conception at an IVF clinic have a monthly chance of spontaneous conception of less than five percent per month, and less than one percent per month if the woman is over 40. The impact of IVF for that woman shoud be presented in this context - approximately five percent of IVF cycles commenced over 40 years of age result in a live birth.

What about using a donor egg?

Donor egg conception can be an answer to many patients in this situation. Women over 40 who use eggs donated by a much younger donor (rather than their own) can have a high chance of having a baby. Acknowledging the role of donor egg conception, demystifying this practice and removing stigma, will help many couples achieve IVF success where dreams of using their own eggs have failed.

Many in the media have been critical of the practice of ‘social egg freezing’. This technology has the potential to offer more realistic hope to many women of having a child with a genetic connection to them. Egg freezing should not be viewed as reproductive insurance and should never be a woman's "plan A". Wherever possible, it is still safer for a woman to start a family earlier – if she can. It is predicted that some women who have frozen eggs will still be unable to conceive later in life.

Statistically a woman's chance of achieving a live birth from one single egg frozen at 30 (six percent) exceeds that chance of live birth from a stimulated IVF cycle at 40 (five percent). International research has found that each egg frozen for a woman under 35 using modern methods has at least a six percent chance of resulting in a live birth. More than half of women younger than 38 years who freeze between 15-20 eggs are predicted to have a resulting live birth, and freezing more eggs at younger ages improves chances further.

Women with polycystic ovarian syndrome, in the absence of other infertility factors (such as a severe sperm problem) should not be treated with IVF as first line therapy. Often, lifestyle interventions such as achievement of a normal body weight (BMI <25) and treatment of insulin resistance can help younger women with PCOS achieve natural fertility. Other women with PCOS will conceive via ovulation induction techniques and will never need to turn to IVF.

Prof Rob Norman, professor of reproductive and periconceptual medicine at the University of Adelaide, makes the following important points in his recent ABC interview for their website:

Researching your doctor's qualifications and the range of treatments offerred by the clinic you attend is an important step. If you feel you have not been thoroughly investigated or counselled prior to being recommended IVF treatment, or if the clinic you attend offers IVF but no alternative treatment options - you are within your rights to seek an expert second opinion.

Dr Raelia Lew is a visiting gynaecologist and fertility specialist at the Royal Women's Hospital Melbourne and Melbourne IVF, a Clinical Senior Lecturer at the University of Melbourne and a CREI Research Fellow at VARTA.